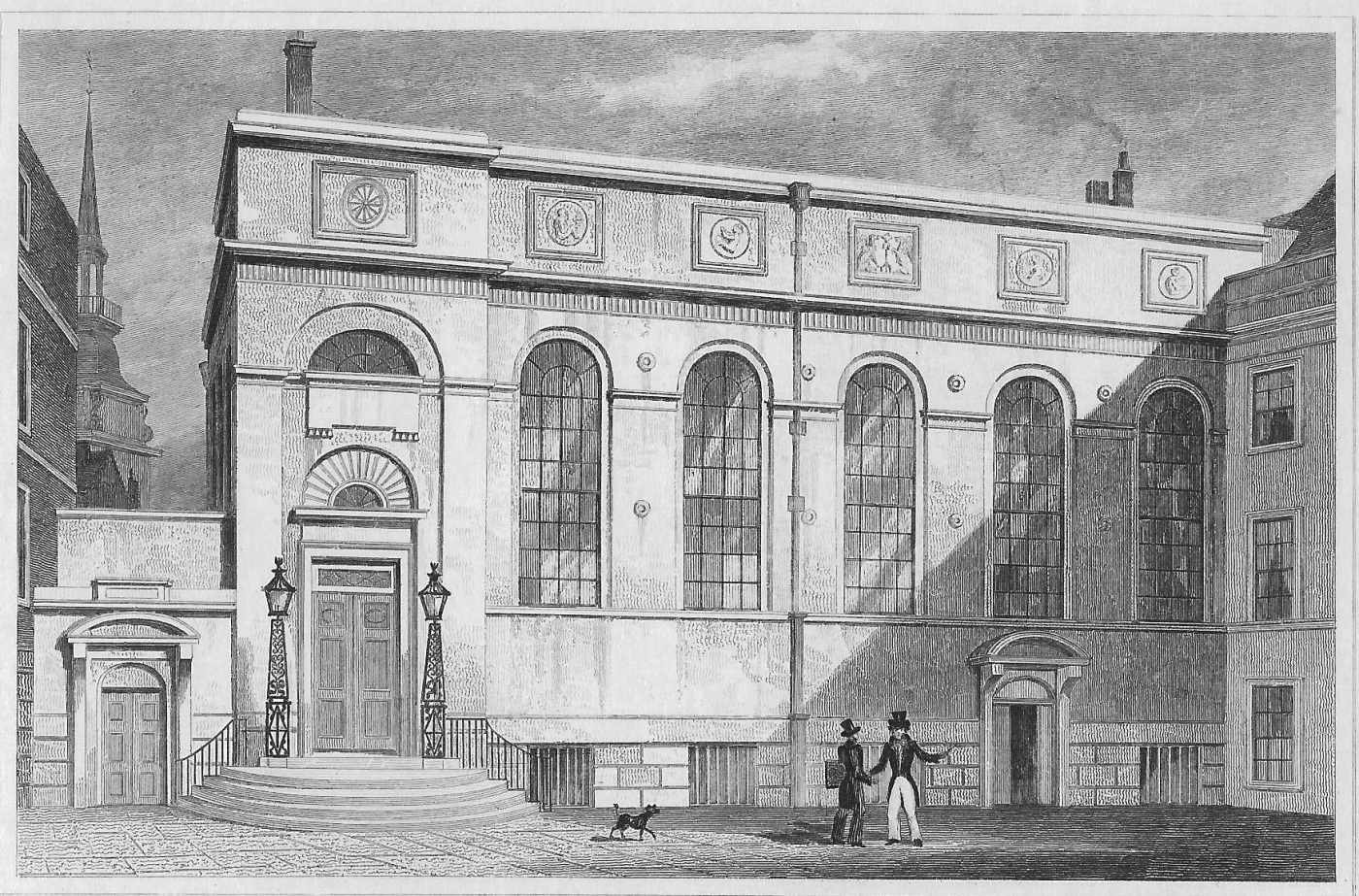 The first garden we visited on Sunday as part of Open Garden Squares weekend was the garden of the Worshipful Company of Stationers and Newspaper Makers.

The company was formed in 1403, received a Royal Charter in 1557 and held a monopoly over the publishing industry. It was responsible for setting and enforcing regulations in the industry until 1710.

When it was established, stationers were either text writers, bookbinders or booksellers who worked and sold around St Paul’s Cathedral. Because of their monopoly on book production, it ensured that once a member had asserted ownership of a text, no other member was entitled to publish it. This is the origin of the term ‘copyright’.

Blount and the father/son team of William and Issac Jaggard. All of which were members of the Worshipful Company of Stationers and Newspaper Makers. The book was sold unbound for 15 Shillings (£95-£110 in today’s money) in the courtyard of St Paul’s Cathedral, with 650 copies printed. All the money from the sales went to the printers as they had the ‘copyright’ and Shakespeare’s friends Heminges and Condell got nothing.

The location of the company has always been based near to St Paul’s Cathedral and it moved to the current site on Ava Maria Lane in 1606 and then was rebuilt after the Great Fire of London in 1666.

Today, the company’s principal purpose is to provide an independent forum where its members can advance the interests of the industries associated with the company.

One thought on “Stationers, Shakespeare & Copyright”