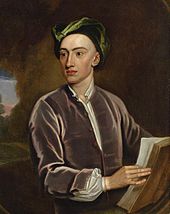 Alexander Pope (1688 – 1744) was a poet and writer and has become the second-most frequently quoted writer in the Oxford English Dictionary after William Shakespeare.

He was born just off Lombard Street in London. He was known as the ‘Wasp of Twickenham’ due to his stinging satirical attacks on famous people of the day, particularly other writers.  Fearing revenge attacks from his rivals, Pope rarely left his house without a brace of pistols and his dog, a Great Dane named Bounce.

Pope, was only 4’6″ tall and suffered from a curvature of the spine. From the age of 12, he suffered numerous health problems, such as Pott’s disease (a form of tuberculosis that affects the bone), which deformed his body and stunted his growth, leaving him with a severe hunchback. His tuberculosis infection caused other health problems including respiratory difficulties, high fevers, inflamed eyes, and abdominal pain.

Pope was different, whilst the rest of the upper class establishment were drinking fashionable tea, Pope opted a new drink called coffee, which he referred to as ‘Mocha’s happy tree’ and used to inhale the steam from the coffee, as he believed it cured headaches! 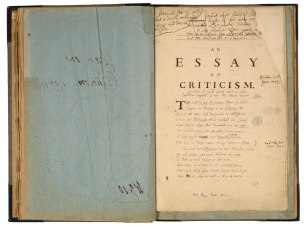 He invented many phrases that are still used today, such as:

‘Fools rush in where angels fear to tread’

‘To err is human; to forgive, divine’

He moved to Twickenham in 1719 and lived there for the last 25 years of his life.  He died of Tuberculosis in 1744 and is buried in St Mary’s Church, Twickenham.