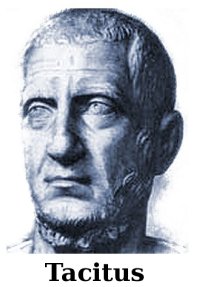 Publius (or Gaius) Cornelius Tacitus (56AD-120AD) was a senator and historian of the Roman Empire.

Today, you can normally tell a Roman town of city in Britain, as it would normally end in cester, chester or ceister. Also, Britain today (called Britannia in Roman times), is the area of England and Wales, as that’s the area the Romans conquered. Scotland and Ireland weren’t conquered by the Romans.

About London the River Thames: ‘The concourse of merchants and the abundance of its provisions and that state of prosperity was due to the noble river on which is stood; without the Thames, London could not have existed’.

About the weather: ‘The sky is overcast with continual rain and cloud, but the cold is not severe’