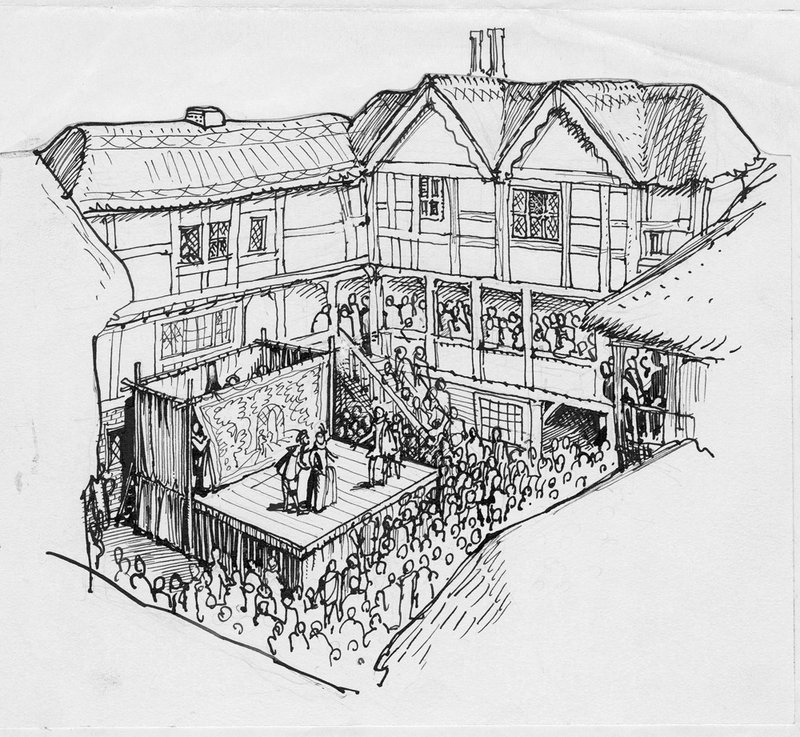 The Crosse Keys pub we finished the City walk at yesterday has an amazing history!

The pub is owned by Wetherspoon’s, but the architecture inside the pub reveals its history as a former banking hall. The building opened in 1913 as the former headquarters of the Hong Kong & Shanghai Banking Corporation. Wetherspoon’s took over the building in 1999.

The pub takes its name from the inn that stood near the site from the 1550s. The Crosse Keys Inn was one of the four inns in the City that had a licence to stage plays (in the inn’s courtyard) from 1579 to 1594. The inn was destroyed in the Great Fire of London in 1666, and its replacement burnt down in 1734, but was rebuilt. By the early 19th century, the Crosse Keys had become a busy coaching inn, used by 40 or more coaches a day.